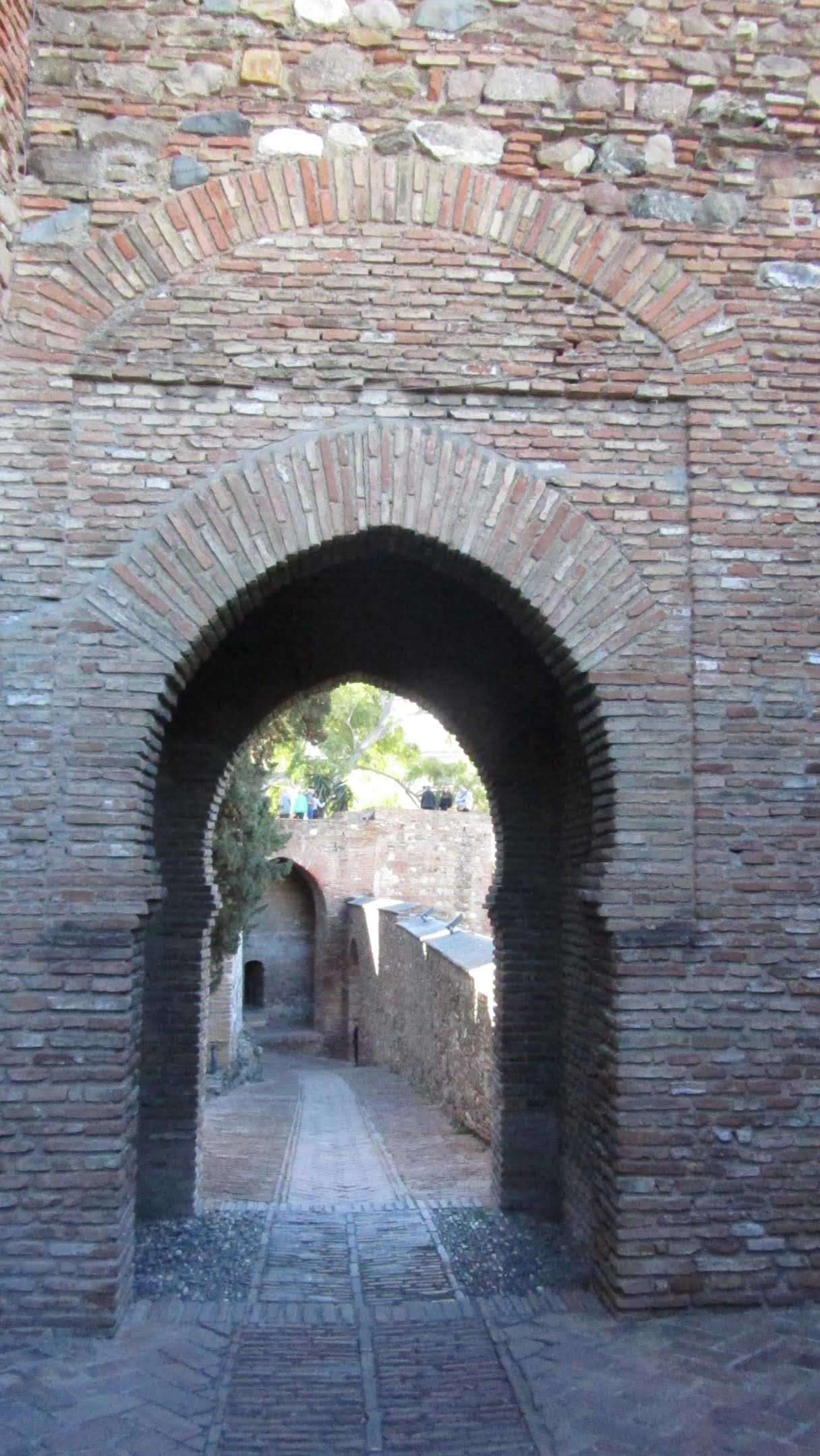 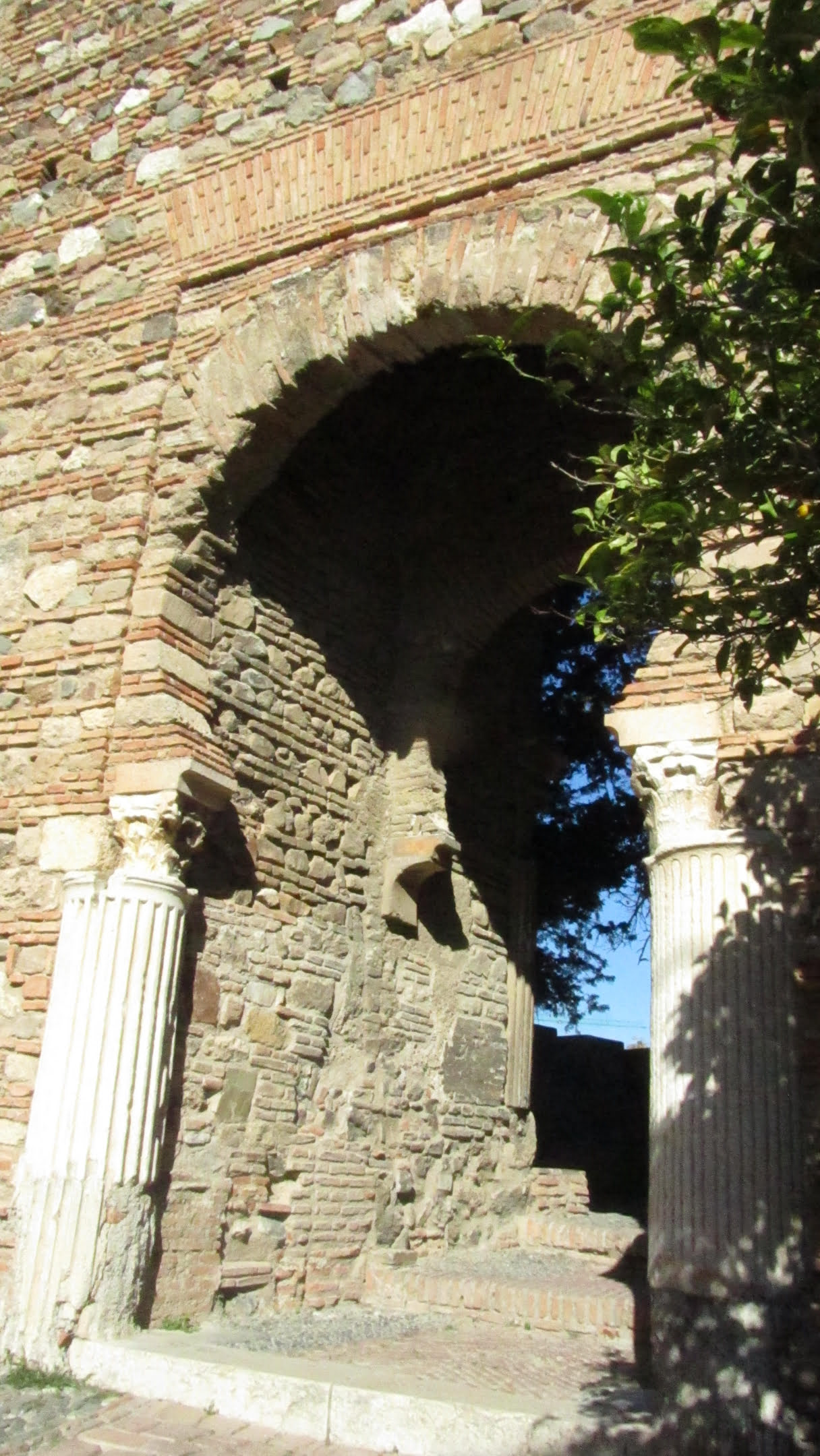 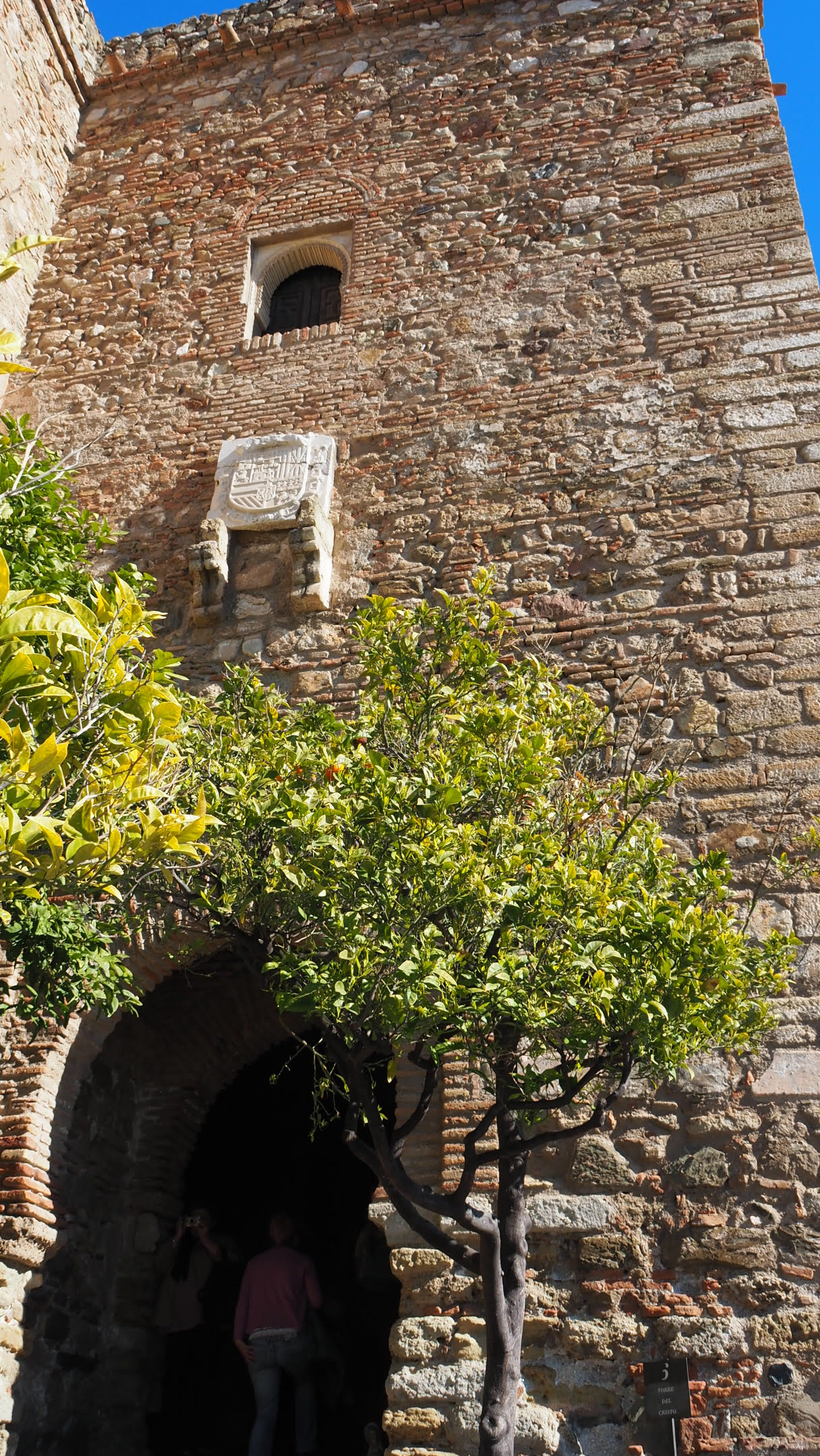 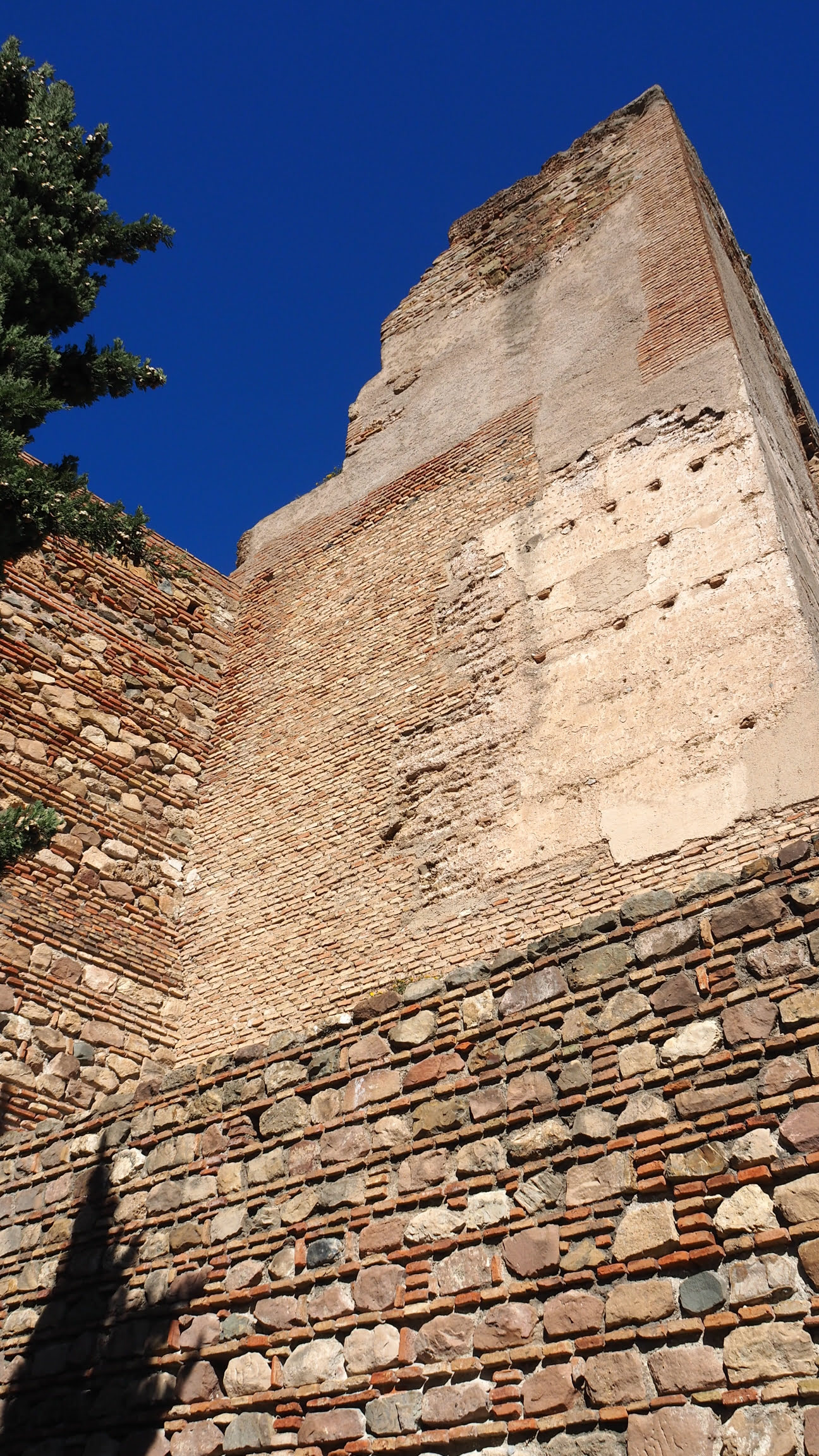 The keep, now an imposing ruin, is located in the upper corner of the precinct. It was initially built during the Taifa period, with a large brick arch on its eastern face, which could have been an access to the interior of the original Alcazaba that was independent from the madina access, prior to the renovations carried out by Badis in 1057. During the Nasrid period, it was filled in throughout its lower area and resurfaced in order to give it greater thickness, and it occupied part of one of the 11th-century houses of the Barrio de Viviendas (Neighbourood of Dwellings) located in the interior area. The lower part conserves the works of all the different periods, which is why there are some spaces that are built of ashlar, others that are built of brick, and on its south face the rammed earth can be clearly seen.

When the restoration of the monument first started, a project was implemented for the integral recovery of the Torre del Homenaje. The initial plan was to build three floors and finish it off with a rooftop terrace that would serve as a viewpoint over the city. However, its ruins were so complex and there were so few documents that could provide information about its original appearance that it was decided to instead respect the ruins and only consolidate them, leaving them in that romantic and evocative state that they are in today, with their original window open to the sky. 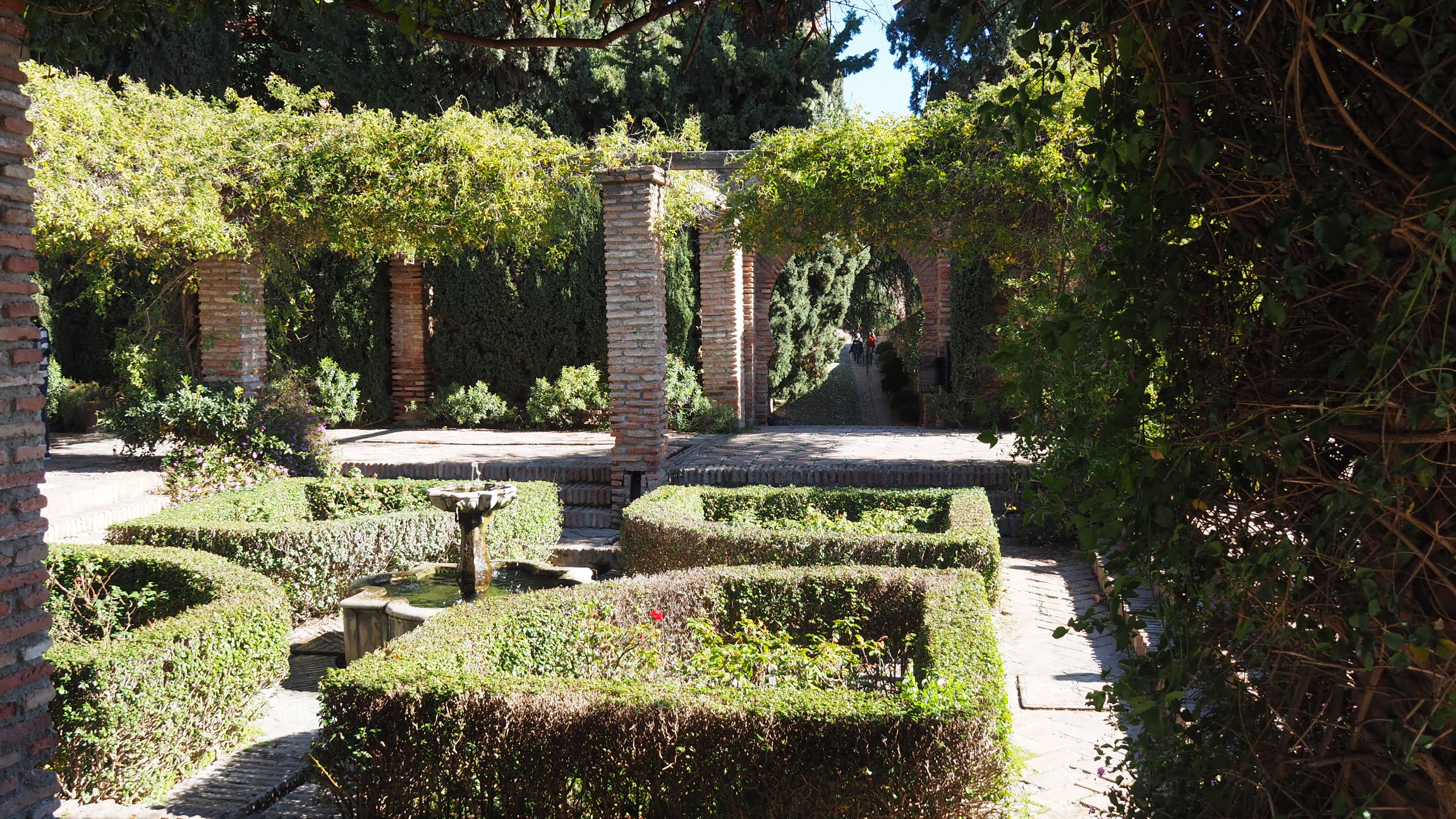 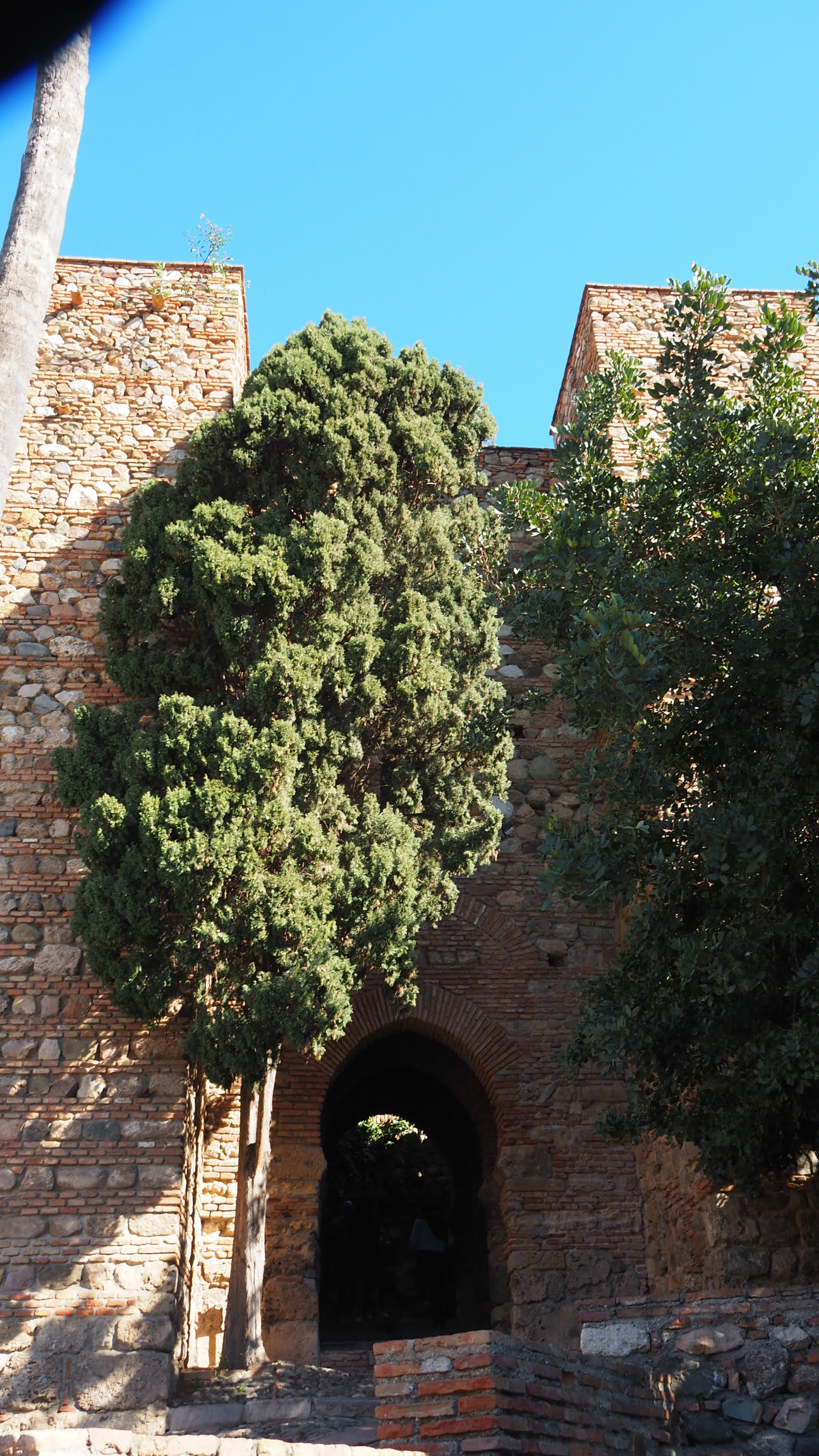 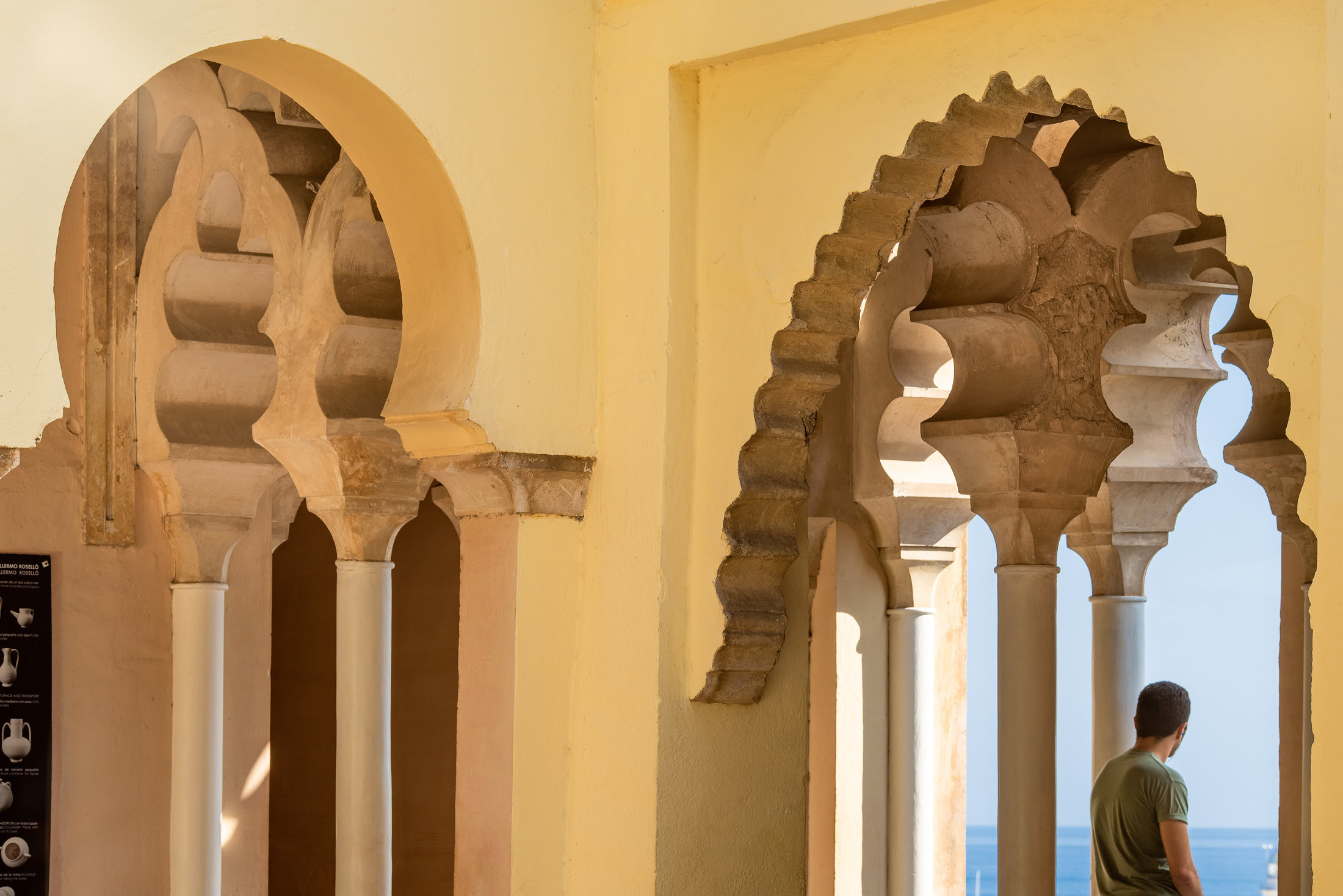 The Taifa Palace, or rather, the two palaces that still have preserved remains, are well differentiated. In the first place, we find a space that is called Patio de los Surtidores (Courtyard of the Jets of Water), which was the central courtyard of the Taifa Palace, formed by two pavilions to the north and south of the courtyard, of which only the southern one is preserved. Along with the Barrio de Viviendas, this is the most interesting space of the Alcazaba, with the greatest importance and richness in terms of the materials found.

The whole area was occupied in 1933 by small houses, with one of them conserving a Mudéjar ceiling. In this and two adjoining houses, the exploration began by chipping through plastered walls to see what they were made of. It came as a great surprise when a triple arch with an alfiz was found covered up in one of the houses’ walls. The photos of its discovery are impressive. We must not forget that it is always better to adapt what is already there to new needs rather than have it knocked down and rebuilt again, especially in a place as inaccessible as the highest precinct of the fortress. This is the area that was initially conserved for the Governor’s dwelling, and when he moved his residence to the lower area, the space was occupied by commoner dwellings.

The southern portico of the Taifa Palace has a room that is accessed from the wall-walk next to the Torre Maldonado (Maldonado Tower) though a large arch that used to have a door. The large stone hinges that held the door leaves are still visible, both on the floor and in the area above. There are also open taqas (small niches) in the walls. This gives access to a room that, in the passage to the portico that opens out on to the courtyard, has a triple horseshoe arch with an alfiz that follows the Caliphate models of the Salón Rico (Rich Hall) of the palatine city of Madinat al-Zahra, with the classic bond of red and white voussoirs, which are carved with arabesque decorative motifs, along with the intrados of the arches. The cylindrical columns are delicate and have no base, and are made of wood covered with plaster, with a Granada-style capital, above which there is a cymatium made of reddish stone.

From the Patio de los Surtidores, a Nasrid portico precedes the access to the interior of the room, formed by three arches, with the middle arch being the largest. The portico was renovated in the 13th - 14th century, but it already existed in the 11th century, as can be seen by the fact that the stone columns are supported on the bases of columns from the Caliphate period, indicating that it must therefore be a reconstruction. The portico consists of three scalloped arches and rests on two stone columns. One of the columns is original (like its capital), quadrangular and carved with plant motifs, and is very rigid in its composition, similar to other contemporary work in the Alhambra. On the cymatiums there is still a phrase from the Quran written in letters from the Nasrid period, in white on red: “There is no victor but Allah”. At first, in order to give the sensation of symmetry, a similar shape to this southern pavilion was recreated by planting cypresses to replicate the architecture.

The Taifa Palace also has another element of great interest, which is the Pabellón de Arcos Lobulados (Pavilion of Lobed Arches), found to the right. This small pavilion is also original. The only unclear aspect of its structure is the enclosure that must have existed between it and the wall-walk, since it could not have been open in the past, as the whole palace was a closed area. The pavilion is decorative, which means the arches are not structural, and its purpose must have been to give greater political representation to this area of the palace, perhaps destined for government work, emulating the splendid art from the Caliphate period, but with the much poorer materials that were being used during the Taifa period. Some authors ascribe it to the Hammudid period, and others to the Zirid period. In any case, it dates back to the middle of the 11th century (between 1026 and 1057), and the decoration serves the same purpose in both dynasties: legitimising their power by emulating the power of the Caliphate of Cordoba.

Once the rooms have been passed through, or when entering through their original access via the wall-walk, we arrive at a courtyard-terrace that opens out over the city, with the Torre de Maldonado on its righthand side. This imposing tower belongs to the defensive zone and was remodelled in the Almohad period, when it was endowed with the two beautiful marble columns, with Quranic text inscribed on them (“Allah! There is no god but He, Lord of the Throne, the Exalted One” on one, and “Allah! There is no god but Allah. I trust in Him, and I will return to Him” on the other), and with the triple arches through which it is accessed, which give it a certain representative character. During the demolitions, the room, which also had to be freed from modern dwellings, was found to have the appearance that we see today, once some openings in the exterior walls that had been turned into windows had been closed off. The arches and columns are intact under the modern plaster, and it also preserves in situ a very schematic band of arabesque decoration, and under it an inscribed strip with the text “The perpetual glory of Allah. The eternal glory of Allah” on the inner side of the arch.

From the west window of the tower or from the wall-walk itself, it is interesting to observe a solid tower in which the base and interior made of ashlar from the Taifa period can be seen very well, along with the subsequent masonry covering from the Nasrid period. We can also see how the construction took place directly on the rock, as we have already observed at several points along the route.

Through the same corridor that, in the manner of a portico on the south side, precedes the Hall of the Taifa Palace, access is gained through a beautifully closed horseshoe arch of stone voussoirs, which gives way to the other spectacular hall of the complex, the Sala del Siglo XVI (Hall of the 16th Century) or Sala de la Armadura Mudéjar (Hall of the Mudéjar Ceiling), which remains in its place of origin. This room was remodelled by Mudéjar builders, and the windows that were opened in it must also belong to that time. 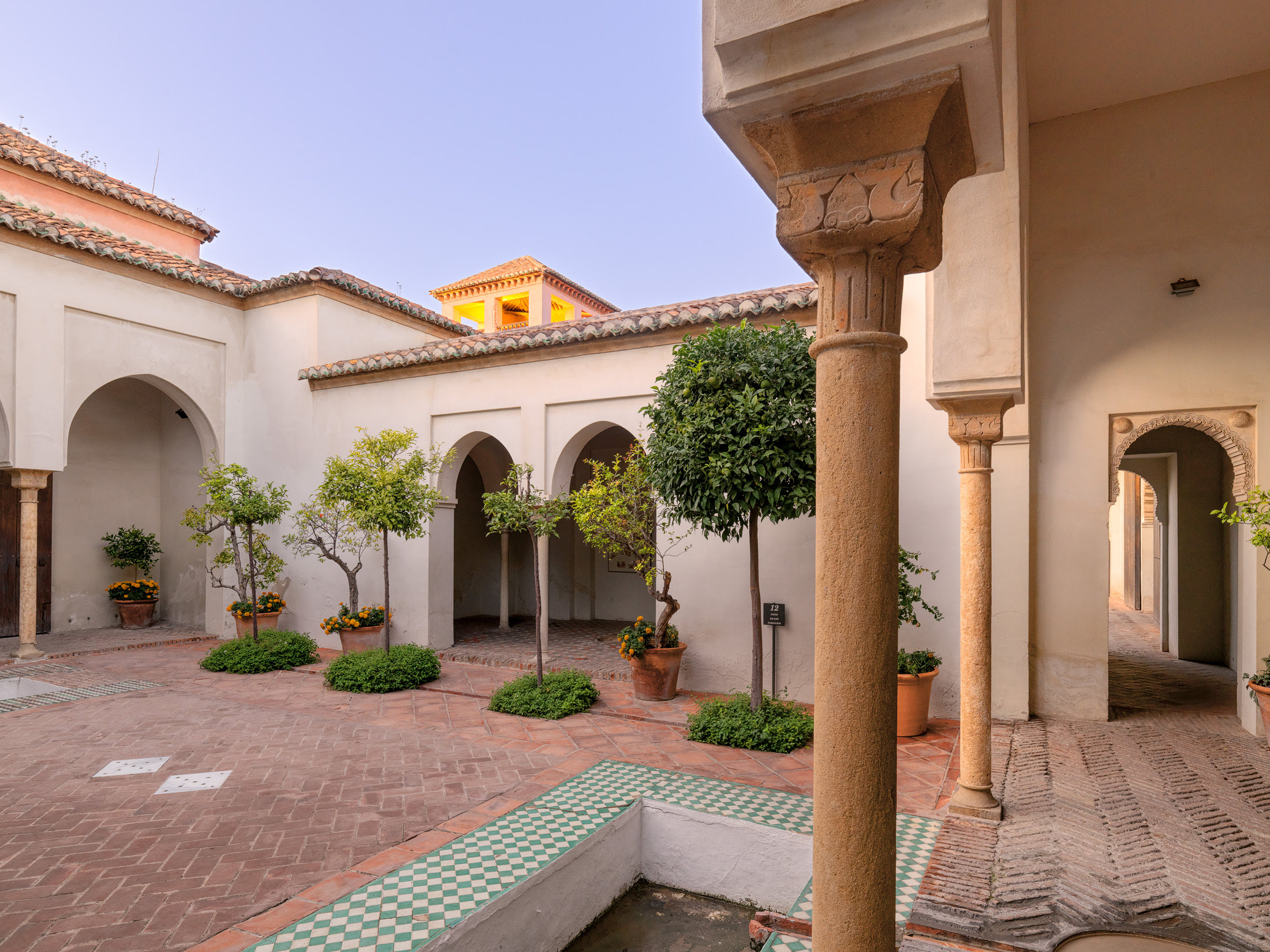