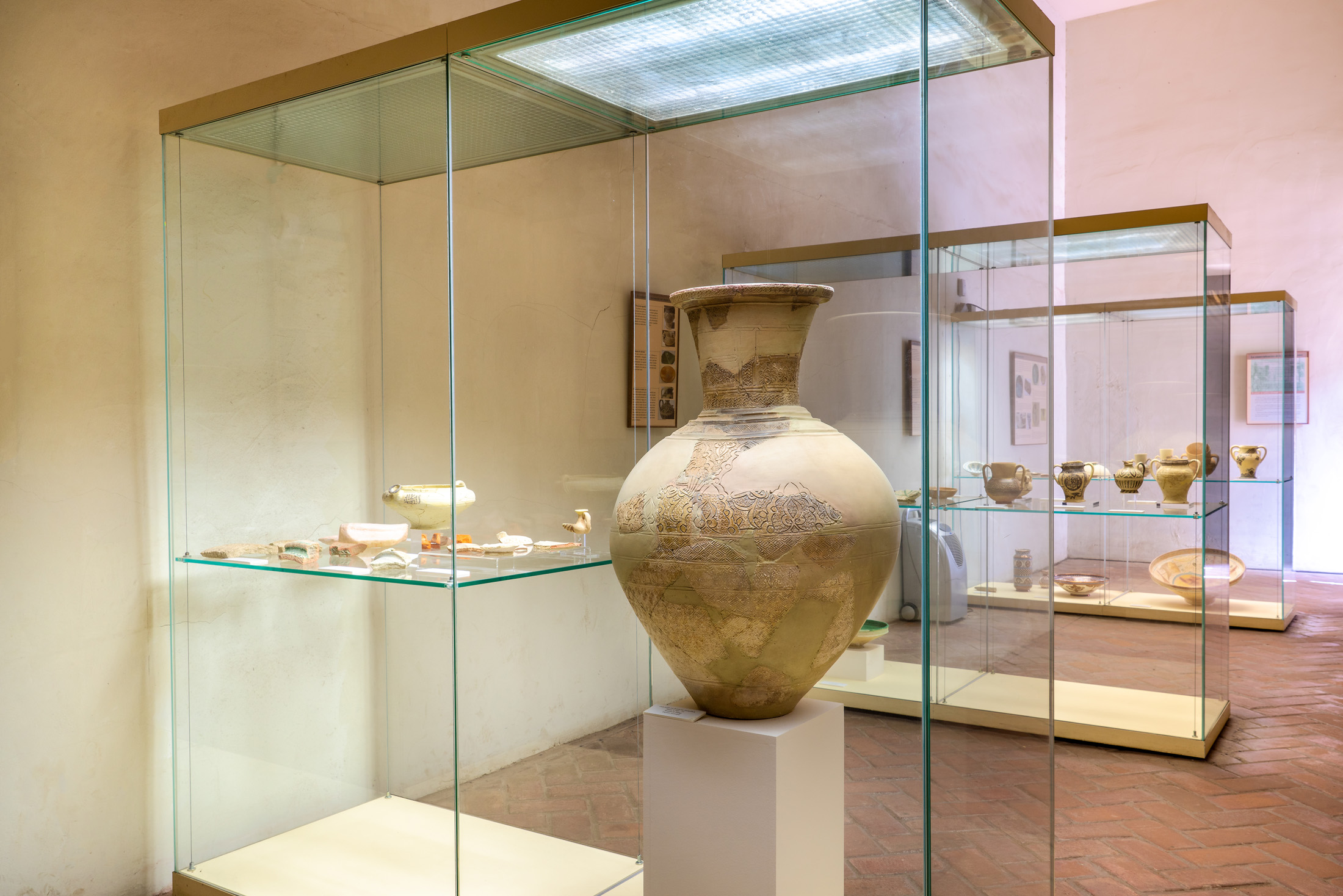 [1] The building that was the former gunpowder magazine of Gibralfaro Castle, has been home to the Interpretation Centre since 29 July 1998. Here visitors can explore the life of the Castle as a military garrison and coastal watchtower from 1487 to 1925, understanding it against the backdrop of the ups and downs of the city.

The tour starts with a large model of Muslim Malaga placed over a view of today’s Malaga contrasting it with 3D shapes and street plans, which highlights some unique buildings. The characteristic uniforms of each epoch are identified by century in large display cabinets against the wall, together with furniture, weapons (some of them temporarily on loan from the Museo del Ejército [Army Museum]), documents, etchings and drawings and a summary of the major events of each century.

Particular importance is given to the 18th century, highlighting the figure of Joseph Carrión de Mula, the port watchman and cartographer, to whom we owe the most important map of the city, made in 1791, and who had his observation post in the highest tower of the fortress. In one of the display cabinets is exhibited a training model of the corvette “San Telmo” as an important reminder of the Real Escuela Náutica de San Telmo (Royal Nautical School of San Telmo). This was constructed in 1787 and restored for display in this Interpretation Centre.

Several display cases placed between the arches in the centre of the room narrate the visit, at the same time as presenting a collection of navigation instruments from the era: stamps showing military uniforms and their corresponding lead soldiers, miniatures of the Regimiento Fijo de Málaga (Fixed Regiment of Malaga) battalion in the uniform of 1805, reproductions of decks of playing cards that were very popular among soldiers of all periods, etc. These items help the visitor to understand the long military use of the castle, and make good use of the surviving walls of the old gunpowder magazine.